This author has not yet filled in any details.
So far Dan Jenner has created 71 blog entries.

Our site is now secured with SSL

Thank you to Paul Gushue over at G1Broadband for donating the labor to secure our site with SSL.
SSL will help to protect our site from potential security issues like phishing attempts. 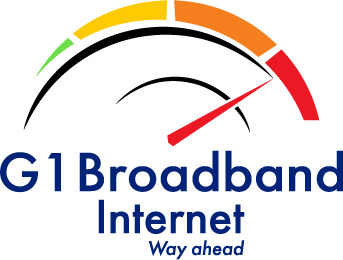 Thank You To The Knights of Columbus Harrow Council 5350

Thank You so much to the Knights of Columbus Harrow Council 5350 for their ongoing support.
They held their annual Elimination Draw and Rib Dinner last night which was extremely successful and a sell out.
The Colchester Guardian Rescue and the Up about Down, Down Syndrome Association were the lucky recipients of the proceeds.
A great example of charities working together for the betterment and safety of the citizens in our community.

A Special Thank You to Dan’s Nautical Shop

A special Thank You to Dan’s Nautical Shop in Tecumseh. New fenders, lines and a search light! The Colchester Guardian is back in the water for the season.

Be sure to check out Dan’s Nautical Shop for all your spring boating needs. Chris and Dan can help get you the safety gear you need to stay safe on the water. Our new Motors Made Possible By YOU! 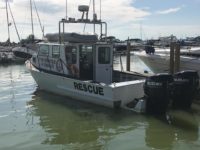 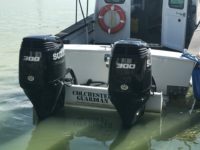 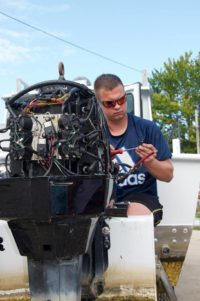 Training with the Helicopter 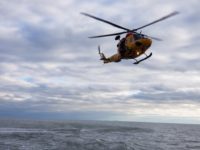 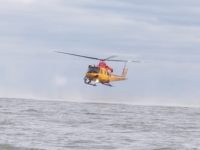 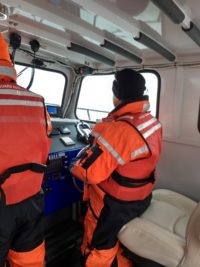 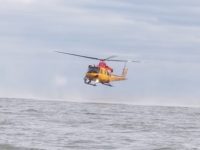 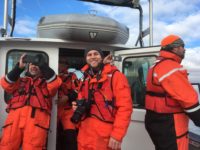 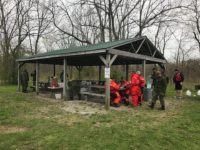 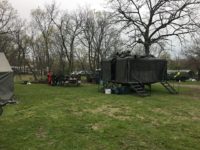 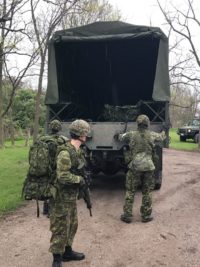 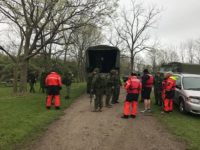 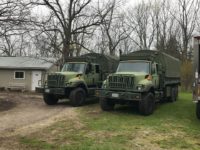 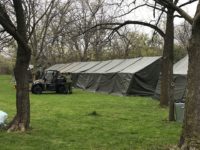 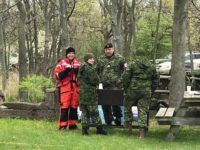 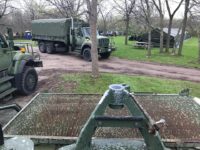 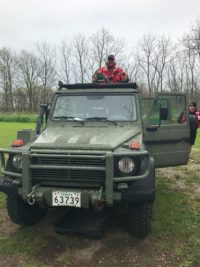 After a few years posting our news and media to Facebook, we have decided to bring our dedicated site back to life with regular updates and new media! Be sure to check back here for news on the Colchester Guardian in 2018!

A special thank you to Paul Gushue of G1Broadband for the donation of a new site!

As always a HUGE THANK YOU to our volunteers and supporters!

Congratulations to the Crew of the Colchester Guardian,

On Wednesday December 20th 2017 seven of our crew members received Canada 150 Sesquicentennial Pins.  All are honoured to have received this once in a lifetime recognition.

“It’s quite a honour,” Oakley said. “We don’t do it for the recognition but when you are recognized it solidifies what you’re doing is a worthwhile cause and appreciated.”

Dual passions of boating and volunteering drove Jim Oakley to join the Canadian Coast Guard Auxiliary, but the adrenalin rush and the satisfaction of saving lives got him hooked.

“When you basically save somebody’s life, that’s something you never forget,” Oakley said. “You strive to — you want to — do it again.”

The crew – men and women who include small business owners, a nurse, paramedics and a doctor – all work full-time jobs in addition to volunteering their time, not only for rescues but for extensive training.

“We train hard. We try to train once or twice a week both on land and out in the water,” said Oakley, who also works as an insurance adjuster. “(The training) is very extensive … very intense.” The group ranges in age from 24 to 55. Volunteers all put up their own money for their personal safety equipment.

Like all vessels of the Canadian Coast Guard Auxiliary, the 31-foot Colchester Guardian is entirely manned by volunteers.

“Lucky,” said Jeff Faucher of the CCGS Thunder Cape — one of the vessels that pulled the two shivering men out of the lake around 12:20 a.m. Tuesday.

Rescue specialist Jana Lorbetski said the odds against finding the riders were so great that bringing them to shore alive “felt like winning the jackpot.”

The two adult males had attempted to ride one red Honda Aquatrax from Pelee Island to Leamington — a distance of 13 nautical miles — on Monday afternoon.

They lost control of the watercraft and become separated from it about five nautical miles from the mainland.

Only one of the men had a life jacket.

“The other guy, who had no life jacket, was totally exhausted and in more trouble, in terms of hypothermia,” Lorbetski said.

The men had clung to each other for flotation and warmth. Commanding officer Sondi Ryersee estimates just over eight hours elapsed between their fall into the water and their rescue.

“If this had happened in April or May — different story,” Faucher said ominously.

“Wear a life jacket,” said Jim Oakley, unit leader of the Colchester Guardian. “Have a whistle. Have reflectors on your life jacket.”

Oakley also noted the value of having a sail plan: “Let someone know when you’re leaving, where you’re going, and when to expect you back.”